OMG YAY!!!! The main thing holding me and Mike back from moving anywhere was not having a car that we could drive to work and such. My aunt and uncle just called me and their friend has offered up their car to us!! So, all plans out the window! Back to the writing board!

What I would love to happen is we head down to the Bay Area, meet the lovely lady who is letting us borrow her car and then traverse down to LA. Be in a tv show and hopefully be able to work Comic-Con. The next few hours will be very deciding!!!
Posted by Unknown at 3:01 PM No comments:

Email ThisBlogThis!Share to TwitterShare to FacebookShare to Pinterest
It seems that while I'm stuck here in Redding, I don't get a single break or I'm stuck doing something that I have to simply make money. But I had completely forgotten about my LA agency! They had just accepted me on right when I had to move back to Redding so I let them know I would be moving back to LA in August. And she's on the ball!! She remembered about me heading back to LA and has submitted me to a couple of things already! Plus I'm getting all intense-y on finding gigs! I'm a member of Casting Frontier, Actor's Access as well as LACasting of course!
Ah, to land a full length feature film.... :-D :-D

My most recent role was as Cynthia Evans in the full length film 'Hopes Identity.' It will be premiering at the Lake Theater in Oakland, CA on August 14th! We will also have showings in Berkeley, in the Carmel Film Festival, the Blue Mountain Film Festival in Australia, and even up by my hometown in Red Bluff, CA at the State Theater on October 5th! This was such an amazing filming process and I truly enjoyed this cast and crew! The amount of hijinks, ridiculous blaahh moments with my fake sissy Alexandra Heard, and, of course, lovely bonding moments with Mike Grayson! I can't wait to work with this group again!! :-D 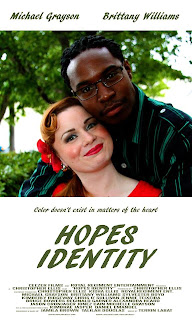 But now I get down to the main issue I've been dealing with. I need to move.
No no, please read that last sentence again. I NEED to move!!!! I am stuck in a room (that used to be part of the garage!!) half the size of my old college dorm with my fiancee and the entirety of our stuff. And there are a lot of people living in this 4 bedroom house! My mom and dad, me and Mike, Gideon, Griffin, and my nephews Blake and Rhett. Not to mention our dogs Beowulf, Wonka and Duke. Duke and Beowulf are both males (Beowulf is fixed, Duke isn't) and therefore they get in huge snarling fights if a toe or piece of kibble is out of line.

These are some of my Voice Over Samples! I can do a wide variety of voices, ranging from a young child to a pleasant business-woman to a tiger-Khajiit from Skyrim and more!! I am always willing to work on a project until it is exactly like you want it! I have been a voice actor in video games, television, short films, commercials, audiobooks, and I am always willing to try new material! I currently have a Samson Meteor microphone that I am excited to catch some fantastic voices with. Please contact me if you would like more samples of my voices and/or would like to work with me! :) My voice-over demo reel can be seen here: http://youtu.be/00mxdPyoIss A short melodrama I was in November, 2011:

Untitled from tuan pham on Vimeo.